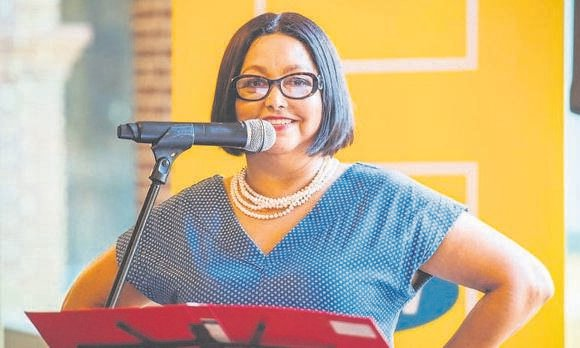 Professor Rozena Maart, an academic from the School of Social Sciences in the College of Humanities at the University of KwaZulu-Natal, Professor Rozena Maart has won the 2021 Nicolás Cristóbal Guillén Batista Lifetime Achievement Award, for her contribution to literature and philosophy, awarded by the internationally renowned Caribbean Philosophical Association (CPA). Natista was a poet of social protest and a leader of the Afro-Cuban movement in the late 1920s and 1930s and is rememebered as the national poet of revolutionary Cuba.

The committee, headed by CPA President Dr Hanétha Vété-Congolo, said: "Professor Maart was selected for this award for the philosophical, political and literary richness of her writings and her contribution as an institution-builder in education and her work as a psychoanalyst and social worker."

Maart has been at UKZN for almost 10 years and is also an International Research Ambassador at the University of Bremen, in Germany. "The award came as a big surprise. I work up just after 6am on 1 January to the news. Later, as I was getting ready to start my day, I had to ask myself whether the phone call was real. None of us live in this world alone. We are all the products of the communities in which we were raised and nurtured. This award belongs to District Six, to Lavender Hill, to Steenberg High and to UWC," she said.

"None of us live in this world alone. We are all the products of the communities in which we were raised and nurtured. This award belongs to District Six, to Lavender Hill, to Steenberg High, and to the University of the Western Cape (UWC)."  - Professor Rozena Maart

Maart has always acknowledged the influence of Adam Small, who, during her interdisciplinary undergraduate study at the University of the Western Cape (UWC), invited her to study philosophy with him in social work, where he was the chair, and from which she obtained her first degree.

She later went on to study towards her master's degree, courtesy of a British Council scholarship, at the University of York in the UK, and later her doctoral degree in philosophy and psychoanalysis from the Centre for Contemporary Cultural Studies (CCS) at the University of Birmingham, UK.

This is Maart’s second lifetime achievement award. Her first was awarded in 2016: “The William R. Jones award” by Philosophy Born of Struggle. She has also won several awards internationally, including, the 1992 award: “The Journey Prize: Best Short Fiction in Canada”, along with a monetary prize for her short story, “No Rosa, No District Six”.